For nearly 15 years, Dr. Allen has been a leader in the field of personalized medicine. Throughout his career, he has led multiple scientific efforts including clinical research, product development, and clinical adoption and implementation. He was part of the Mayo Clinic team that developed the GeneSight test, and spent 5 years as a medical science liaison and medical information manager for Assurex Health, which commercialized GeneSight. Dr. Allen also served as the director of medical affairs for OneOme, where he led field-based medical affairs and clinical support, and co-led scientific development and reimbursement teams. Dr. Allen has served as the principal consultant for Medigenics Consulting, a personalized medicine consulting company with an emphasis in pharmacogenomics and precision mental health. He is an author of over a dozen peer-reviewed publications in precision medicine in psychiatry and has lectured extensively on clinical applications of precision medicine to audiences of researchers, clinicians, and patients. Dr. Allen received his bachelor's degree from Wheaton College in Chicago and completed his PharmD at the University of Minnesota. He currently works as a pharmacogenomics pharmacist for St. Elizabeth Healthcare in the Cincinnati metro area. 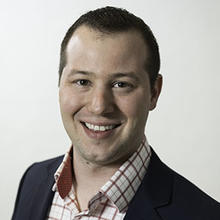